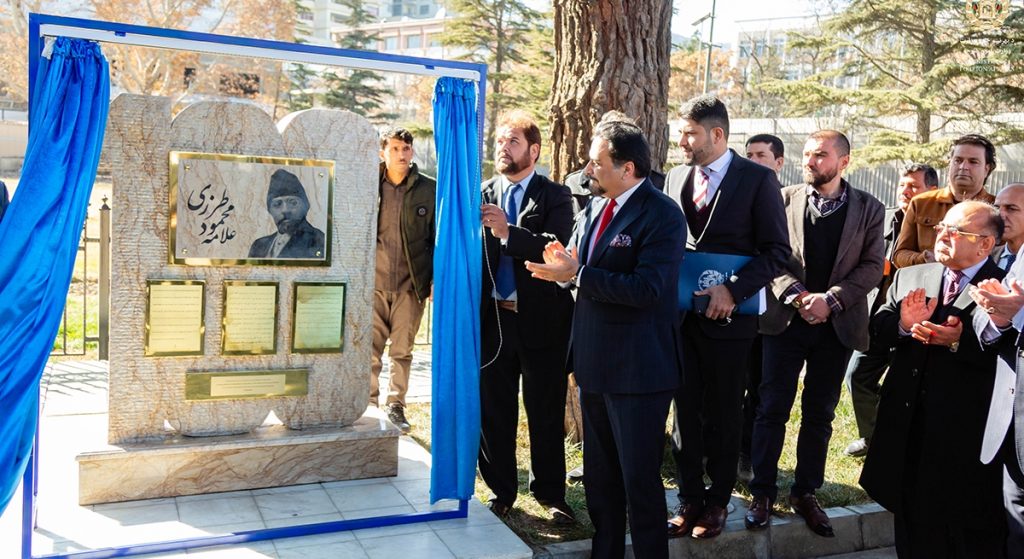 This event was held to continue celebration of centennial of Afghanistan’s Foreign Relations’ Reestablishment. The Memorial Statue of has been built within the Ministry of Foreign Affairs, close to the Storay Palace. /press release F.A  .https://www.mfa.gov.af/